13 boats entered for this prestigious event at 3 Rivers Radio Yachting Club, Bury Lake, Rickmansworth and were greeted by bright sunshine and a moderate 14 – 18 mph SW wind with occasional and brief stronger squalls, forecast as twice this. Regrettably 2 competitors broke their boats and took early baths, leaving 11 to compete over 16 races. 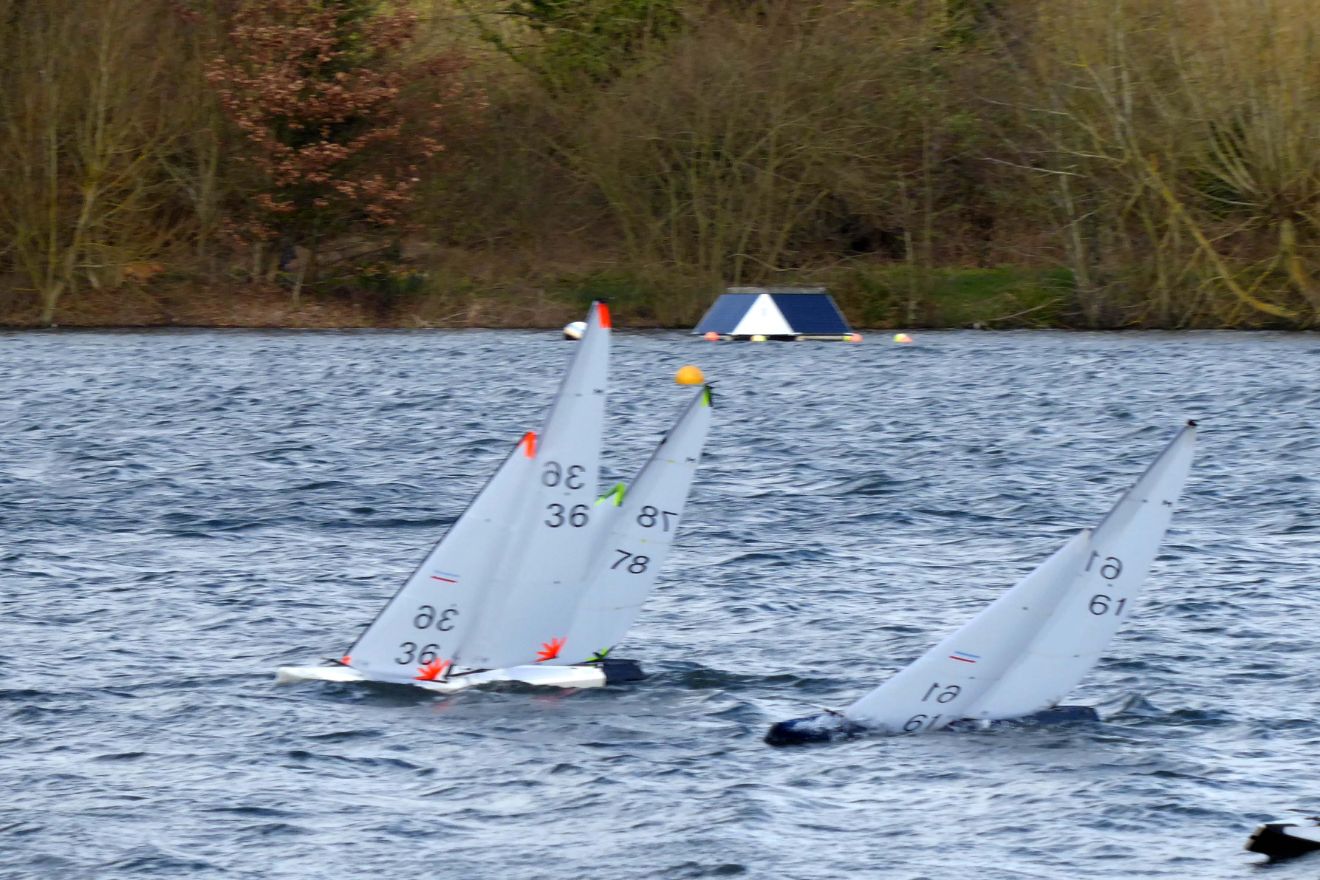 The SW wind direction gave a good long windward course with a spreader mark and a gate at the leeward marks, which gave some really good racing over two laps. Much discussion was undertaken amongst the sailors as to which rig to use, and several rig changes throughout the day by a number of them – and they still did not really know who got it right at the end of the day! These stronger winds resulted in several boat failures and by the last race, only 7 were sailing. The busiest persons of the day were those in the safety boat with, in excess of, 5 boats rescued. 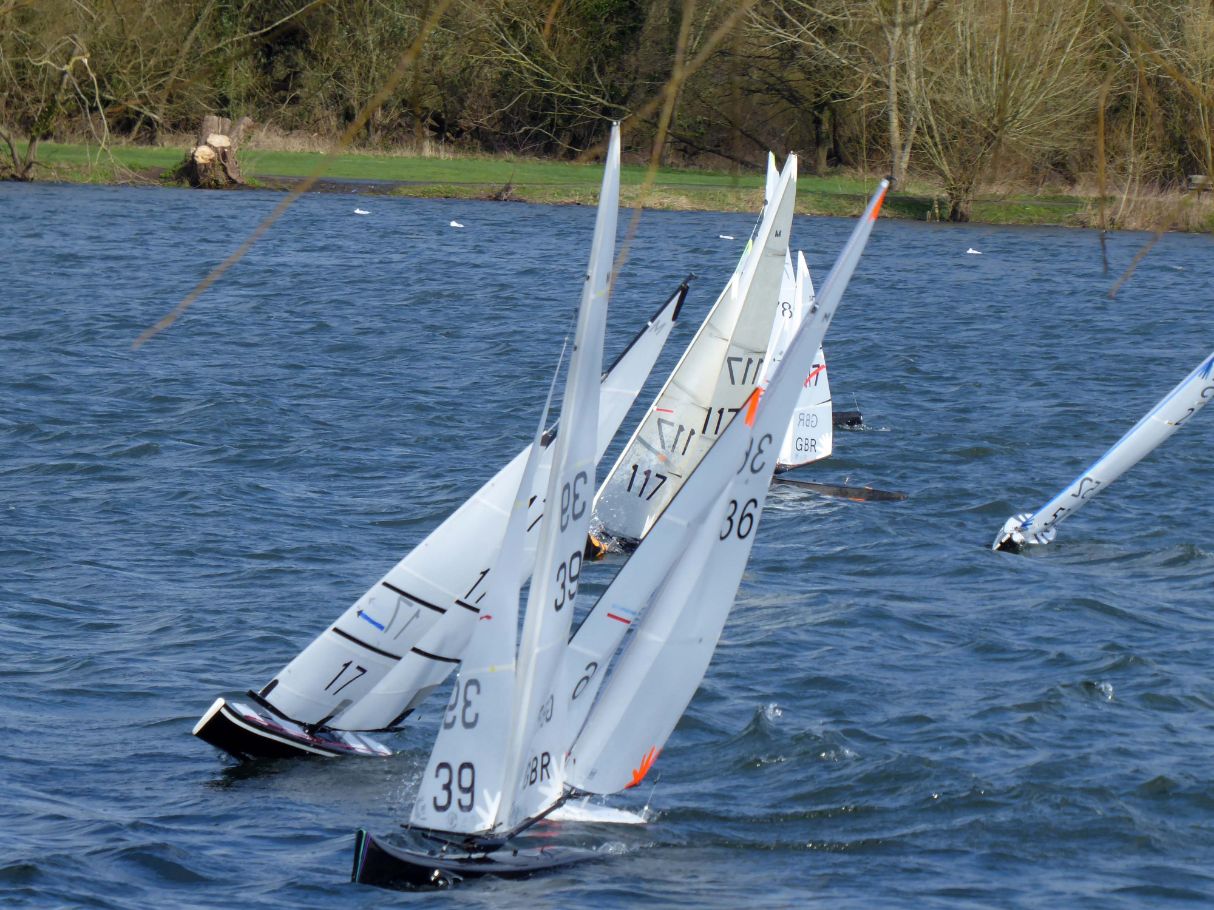 Racing was exciting and unpredictable in the main. Initially, Peter Stollery looked to be the hot favourite, winning the first 3 races, but he peaked too early and in Race 5 the mast of his C1, which was the most favoured rig, failed completely. Colin Goodman seemed to struggle a little with a second and two thirds: the latter thirds later becoming his discards, as he won most of the remaining races. David Adam sailed consistently with his brand new GRUNGE with mostly seconds and thirds, with Peter Stollery generally a place behind. 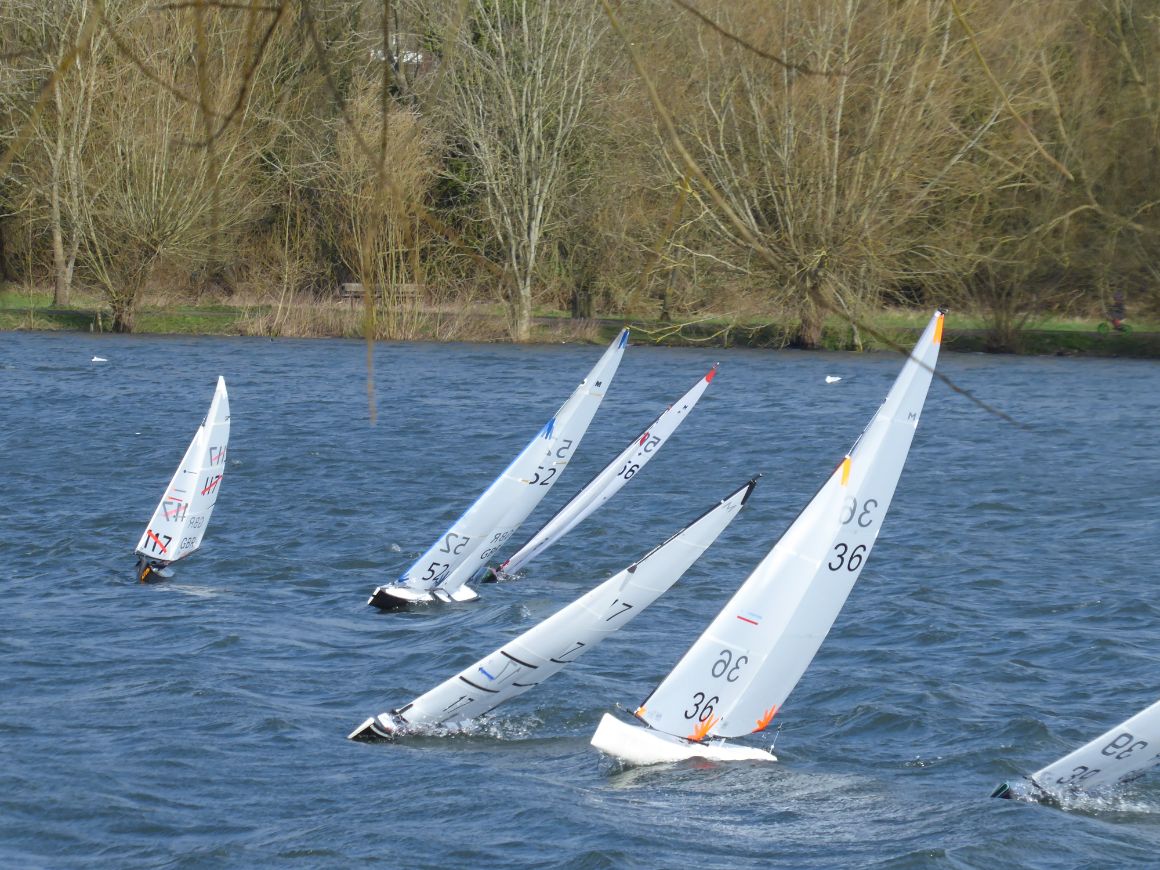 After 16 races with 3 discards (and time for the start of the Carabao Cup Final) the result was a convincing win for Colin Goodman (15 points). Second was David Adam (36 points) and third was Peter Stollery (37 points). At the prize giving, the winners gave thanks to Peter Popham and his team for a most enjoyable and well run competition. 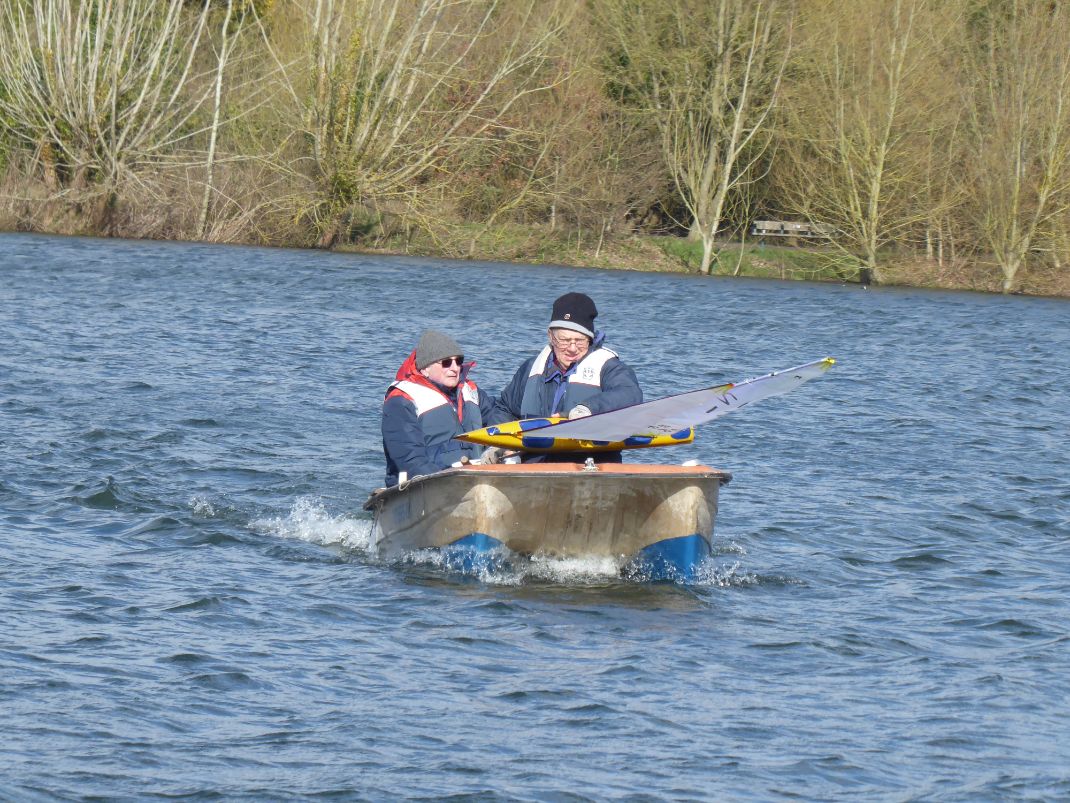