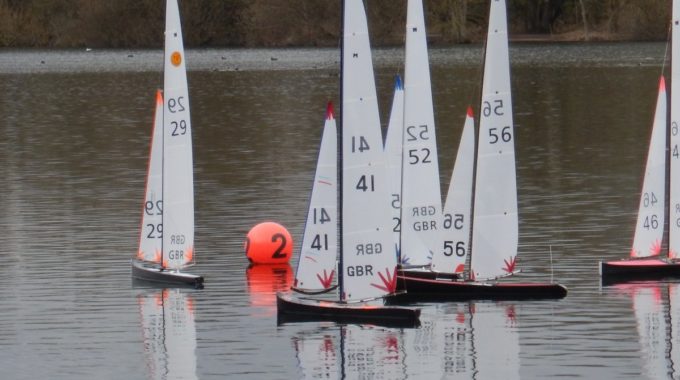 A mirror calm greeted 11 competitors from five clubs for some frustrating racing when the variable light breeze eventually filled in from the south, blowing diagonally over the trees and the competitors’ left shoulders. The 3 Rivers’ extensive race team did a grand job in running 10 races around a windward leeward course.

In the very first race virtually the whole fleet were approaching the gate together and race officer, John Shepherd mustered all the observers at the potential incident, but as Marbleheads are considered to be sailed by gentlemen, they talked to each other and there were no collisions. 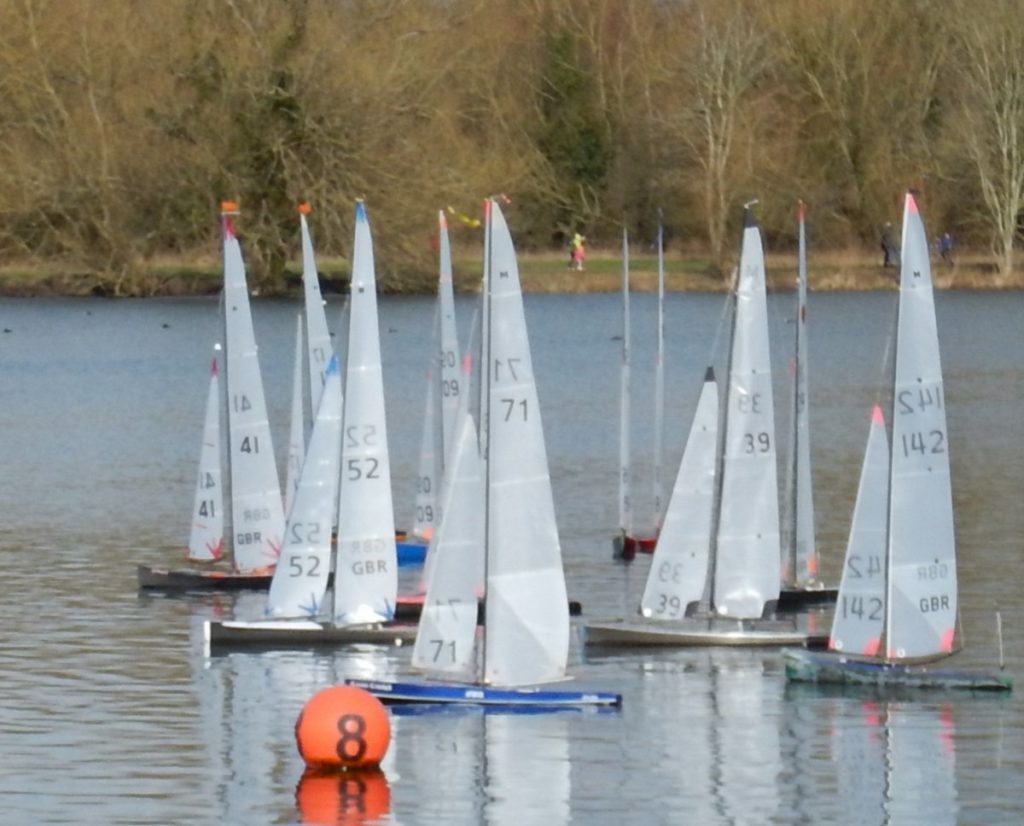 The next two races belonged to Roger Stollery and his new UP design followed in Races 3 & 4 by Rob Vice, sailing an UPROAR taking the top podium finish. 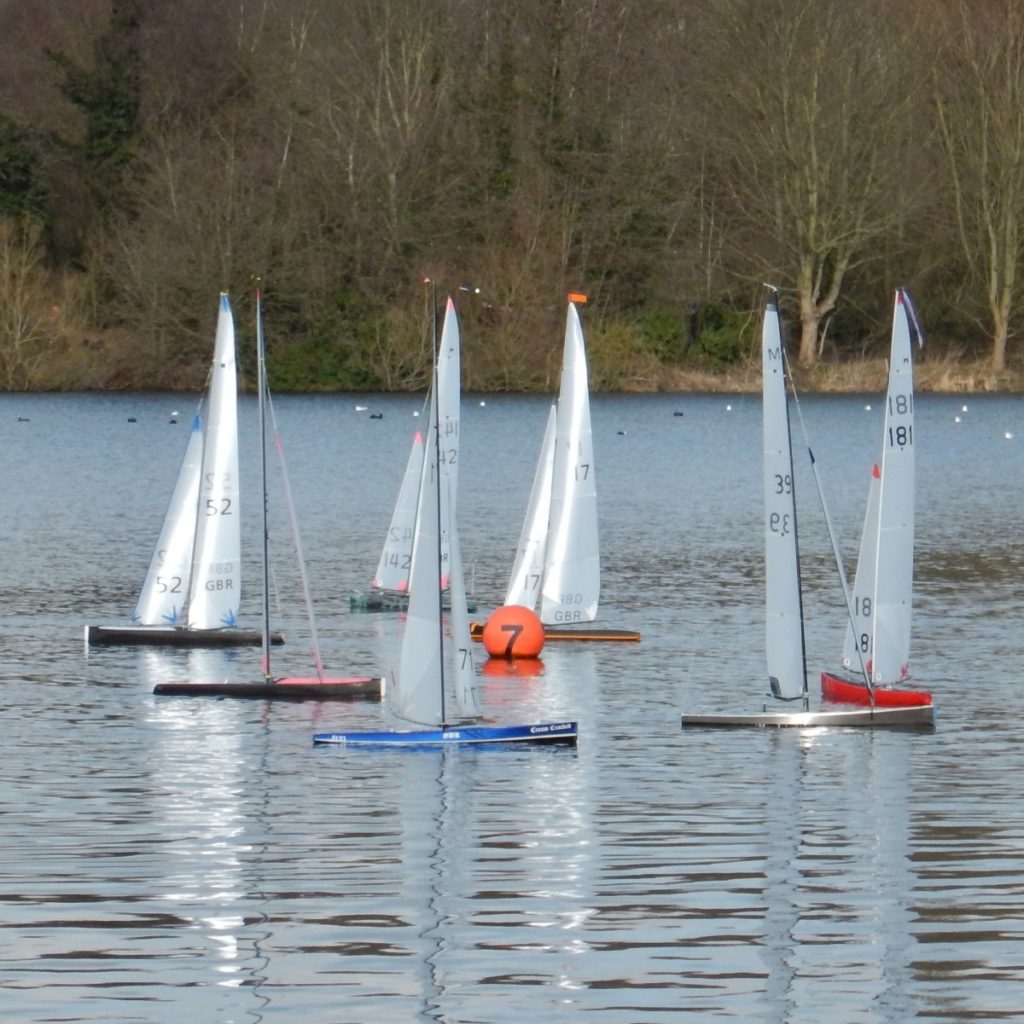 After lunch, new recruit to Marblehead racing, Norwegian Odd Nordanger, sailing a STARKERS won Race 6, but then let Roger and David win again in Races 7 & 8. Unlike all the other competitors, Odd travels with his boat by train from the other side of London.

In Race 9 there was a very close finish between Roger and Alf Reynolds, who had been struggling with radio problems at the beginning of the event. He was sailing one of the earliest PARADOXs with a much modified bow and distinctive camouflage paintwork. He was absolutely delighted! It shows that designs from the early 1990s are still competitive against the very latest machines. The final race was won by Rob with Roger second and Peter Popham sailing a CREAM CRACKER in third place.

It was encouraging to see Max Lembke’s new Marblehead, which he designed and made himself from readily available carbon sheet to form a multi-chine hull. There were some teething problems which didn’t allow the MAXLEM design to show its full potential.

The prize winners thanked the 3 Rivers race team for running a good event despite the frustrating conditions. The latest GAMES results can be found on the http://guildfordmyc.co.uk/ website, with further information about Marblehead events on https://marbleheadsailing.wordpress.com/

Well, that was some session of racing! An optimistic start with B rigs soon became…

Are you interested in Radio Yacht Sailing? We welcome everyone from beginners to experienced skippers.
Get In Touch
© 2020 - All Rights Reserved
Back To Top
×Close search
Search