An eventful day’s sailing. Hugh got entangled near boy 1 and Trevor’s attempt to rescue him failed after several attempts, Hugh’s boat seemed to be moored to the lake bottom by something. Then Trevor’s rescue boat got the rescue line wrapped round its prop. In the end Hugh got the Young Mariners rescue boat up who rescued both Hugh’s and Trevor’s boats. Hugh’s boat was caught on a fishing line which was attached firmly to the bottom. The Young Mariners managed to remove the fishing line after some struggle to free it from the bottom, they removed it from the lake. Well done to the Young Mariners.

Racing then started very late with all on, only six races being completed. The NE wind was very patchy and there was a fair amount of weed. 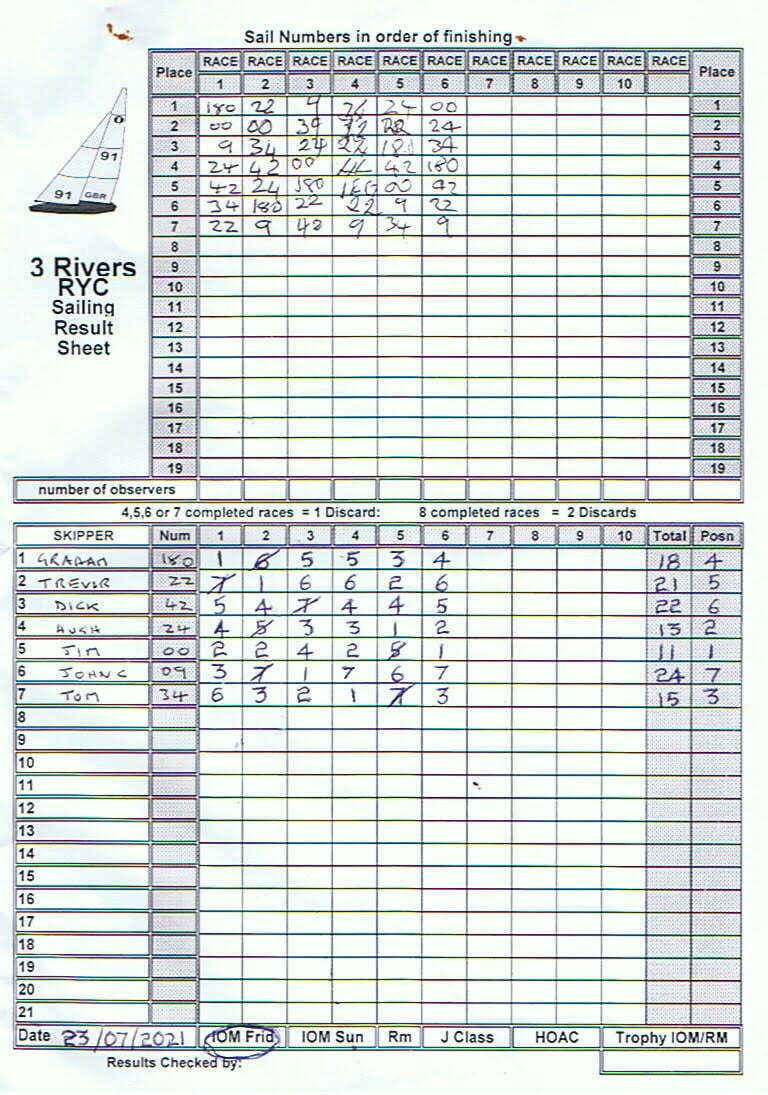